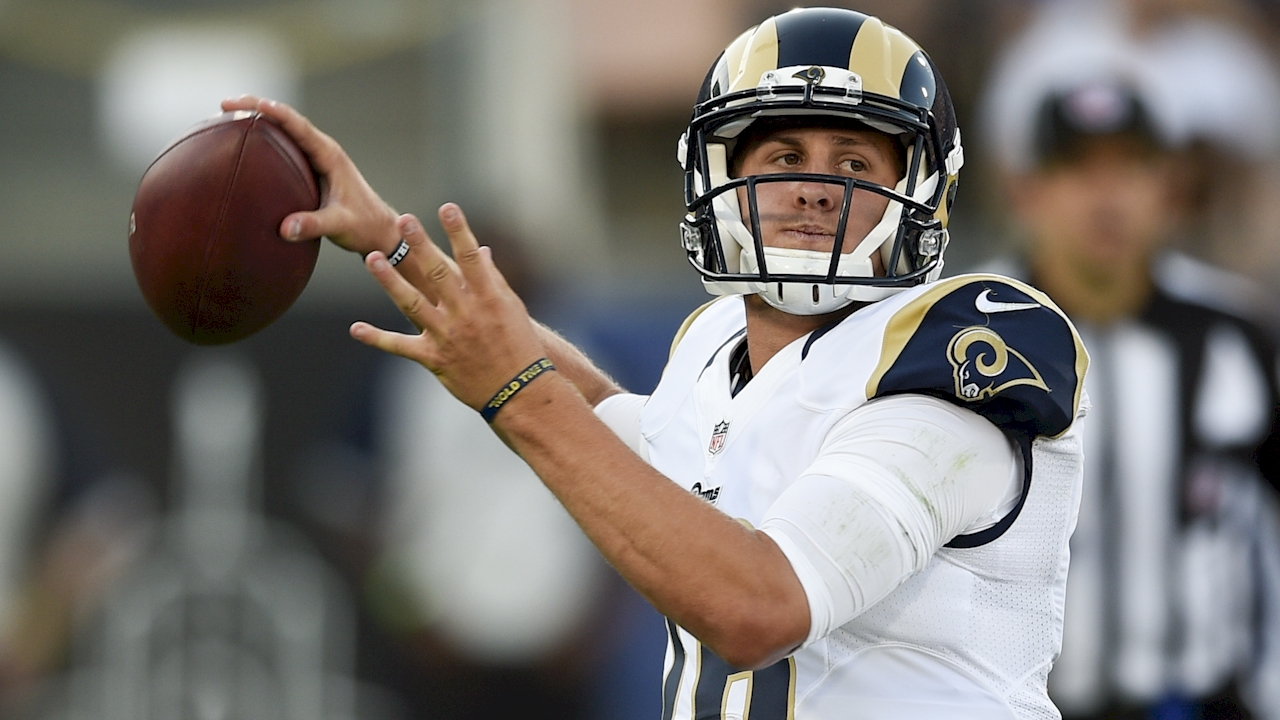 Synopsis: In an earlier post, I evaluated the trades made by the Rams and Eagles to move up to the first two spots in the 2016 NFL Draft. At that time, I commented that #1 overall pick Jared Goff needed to match the career of Eli Manning and #2 overall pick Carson Wentz needed to match the career of Philip Rivers to be worthy of those trades. Since then, Philadelphia traded QB Sam Bradford so the bar for Wentz has been lowered to Jay Cutler. With respect to these comparisons, Wentz has a reasonable chance to meet the target whereas Goff doesn’t. Even on an absolute basis, I predict the #2 pick will outshine the #1 pick throughout their careers.

While compiling my countdown of the Top 10 NFL Draft Busts, I noticed specific trends that could serve as lessons for teams hoping to avoid making a big mistake with a top draft pick. In sum, I learned:

With respect to the two quarterbacks (Jared Goff and Carson Wentz) taken at the top of the 2016 NFL Draft, most of these lessons don’t apply.

By process of elimination, that leaves Lessons 1 and 6.

Lesson 1: There’s no such thing as a sure thing

As detailed in a previous post, the Rams and Eagles paid a steep price to trade up for the top two picks in the 2016 NFL Draft. Essentially, #1 pick Jared Goff and #2 pick Carson Wentz need to be twice as productive as the average #1 or #2 overall pick in order to justify the trades. Generally, such lopsided trades don’t pay off because of the inherent risk in every draft pick.

As two recent examples, think about the Redskins trade to get QB Robert Griffin III or the Browns trade to get RB Trent Richardson. More memorably, the Saints created a stir by trading its entire 1999 draft for RB Ricky Williams while the Chargers completely whiffed by trading up for QB Ryan Leaf. Teams usually are better served diversifying their risk instead of overpaying for a player who may not live up to expectations.

Heading into the 2016 season, Goff is the 3rd string QB for the recently relocated L.A. Rams. It’s still way too early to make any conclusions based on that statement. Then again, it’s worthwhile to note that he’s not even #2 on the depth chart.

JARED GOFF: FUTURE STAR? FOR NOW, IT’S NOT SO CLEAR

In comparison, Wentz will start in Week 1 for the Eagles now that they traded Sam Bradford to the Vikings. By getting a 1st round and 4th round pick in the trade, Philadelphia now only needs Wentz to match the career of Jay Cutler to prove his worth. The bar has been lowered, but it still is quite high. Specifically, Wentz would have to average 3,500 yards and 25 touchdowns per year to match the Bears’ quarterback.

Lesson 6: Avoid QBs who were interception leaders in college

Breaking News: Turnover-prone quarterbacks don’t fare well in the NFL. Don’t believe me? Ask Mark Sanchez. Whereas certain players (like Sanchez) struggle when making the transition to the NFL, others have flaws which appear in college. If teams paused longer before taking interception-prone college quarterbacks like Art Schlichter, Jack Thompson and David Klinger, my ranking of Top 10 Busts would be much different.

As the follow table shows, Jared Goff had an impressive college career.

In addition to the rankings highlighted in the last column, Goff also finished the 2015 season as the 10th highest rated passer in college football. As an effective starter for three seasons, Goff put up numbers worthy of a high draft pick. Of concern, however, Goff finished 1st in the Pac-12 and tied for 11th in the NCAA in interceptions. Then again, his TD/INT ratio of 3.3 far exceeds the 1.5 ratio that should cause concern.

Similar to Goff, Wentz put up impressive numbers in college.

Projection: Jared Goff and other QBs From the 2016 Draft

At this point, I project that Goff will top out as a  3,000-yard / 20-TD quarterback for a team than can’t make the playoffs. In case that description doesn’t sound familiar, it summarizes the career of 2002 #1 overall pick Joey Harrington. While some of you (especially Lions fans) believe Harrington was a bust, his Weighted Average Value of 44 was only “below average” for all #1 overall picks. Then again, the Rams gave up a lot for Goff so L.A. fans may not appreciate that technicality.

In contrast, Wentz reminds me of 2004 #11 overall pick Ben Roethlisberger. Despite that similarity, I don’t think the rookie can lead his team to the same playoff success. As such, a better comparison might be fellow FCS quarterback Tony Romo. Specifically, I see Wentz as a 4,000 yard / 30 TD quarterback for a one-and-done playoff team. Assuming Wentz can achieve those numbers, he easily will justify the Eagles trade for him.

Before moving on, I feel compelled to offer my comments about other quarterbacks taken in the 2016 Draft. Of note, 4th round pick Dak Prescott will be the Week 1 starter for the Dallas Cowboys given the injury to Romo. Less noteworthy, late 1st round pick Paxton Lynch is #2 on the depth chart for the Denver Broncos after the release of fumble-prone Mark Sanchez. As of now, Prescott has been the most impressive rookie QB in the 2016 preseason. Still, I project that Lynch will have the most impressive career based on post-season success. I guess you can call it the Elway Effect.

UPDATE AFTER THE 2018 REGULAR SEASON

Boy did I blow that one! The Broncos released Paxton Lynch prior to the 2018 season less than three years after drafting him with the 26th overall pick. Lynch had several tryouts but failed to make any team’s roster this season. More than overestimating Lynch’s potential, I may have overestimated John Elway’s ability to evaluate talent. Perhaps the “Elway Effect” simply resulted from the “Manning Effect.”

In contrast, the other quarterbacks have been jockeying for position as the best QB from the 2016 NFL Draft. Dax Prescott came out of the gates strongest and made the Pro Bowl as a rookie after leading the Cowboys to a 13-3 record. In year two, Carson Wentz looked like the MVP favorite prior to suffering a season-ending knee injury. At the time, he had a league-best 11-2 record as a starter and had thrown for 3,296 yards with 33 TDs and 7 INTs. After looking like a potential bust with a 0-7 record as a rookie, Jared Goff has played like a superstar under head coach Sean McVay. By directing the Rams to a 13-3 record with 4,688 passing yards and 32 TDs, Goff has risen to the top. Both Prescott and Goff will be making appearances in the playoffs this year so the race continues.