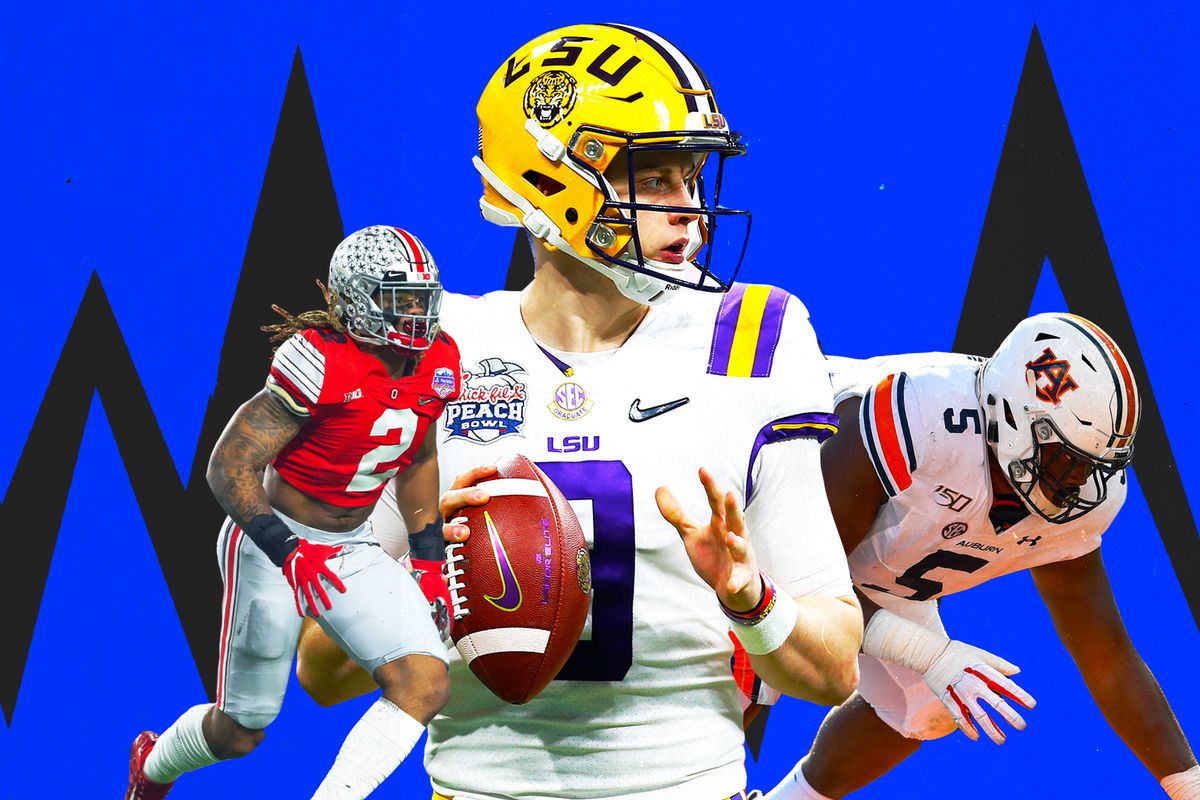 Synopsis: After a month-long shutdown of live sporting events due to COVID-19, the upcoming 2020 NFL Draft finally offers a “sporting event” worth watching live. This year’s draft coverage will either satiate our pent-up appetite for anything new or confirm that our lives remain on hold. The proverbial show must go on, so I offer my 2020 T10B Mock NFL Draft. As of now, the top 2 picks seem to be locks with LSU QB Joe Burrow going to the Cincinnati Bengals and OSU DE Chase Young going to the team based in our nation’s capital. After that, opinions differ depending on the perception of Alabama QB Tua Tagovailova’s health. At this point, I don’t care whether I’m right or wrong. I just want to return to some normalcy.

Due to the COVID-19 shutdown, there has been a dearth of live sporting events. As a sports junkie, I have filled the void by watching “classics” like Game 6 of the 1977 World Series (Reggie’s “Mr. October” 3-HR game) and Cal Ripken’s “2132” game. Others, like my nephew Zack, have gone a different direction watching whatever they can like Nigerian soccer or Russian table tennis.

In between marathon sessions of Toontown with his cousins (a.k.a. my kids), Zack has made a few bucks betting on the outcomes of obscure “sporting events.” He even found action betting (with 2:1 odds) that Joe Burrow will hug his dad first after getting drafted tomorrow. Don’t worry Zack, your mom and dad don’t read my posts. However, don’t be surprised if some guy named Yevgeniy kidnaps Grant during one of your brother’s “late night drives.”

Relative to other recent NFL drafts, this one seems less dramatic based on the consensus regarding top picks. The largest uncertainly involves whether the Dolphins and Chargers stay put with their respective 5th and 6th overall picks or trade up because they believe Tua Tagovailova or Justin Herbert will take them to the promised land. As an amuse-bouche, I predict one of these teams will make a move.

For those of your new to this site, I only predict the first 10 picks of any draft because those players are the only ones who could possibly qualify as a Top 10 Bust. According to T10B all-time favorite Michael Wilbon, “If the draft were a science, Tom Brady would not have gone in the 400th round, or wherever he went.” Still, the expected value of a top 10 overall pick makes a bad pick notable for being a complete failure and a waste of an opportunity. Every pick can be thought of as lottery ticket or a crap shoot. The only ones worthy of T10B condemnation, however, involve top 10 picks.

2020 T10B MOCK NFL DRAFT WITH RANKINGS BY OTHER SERVICES

* In addition to the sources listed in the table, other contributors to the average include Todd McShay of ESPN, Kevin Hanson of SI.com, and Dalton Johnson/Josh Schrock of NBC Sports. Unbeknownst to them, the highlighted sources were Chad Reuter of NFL.com, Josh Edwards of CBS Sports, and Daniel Jeremiah of NFL Network.

In case you missed it, my mock draft has a high correlation with the the average of the picks from presumed experts who make their living as draft prognosticators. For the most part, I believe I can avoid hours watching video and crunching stats by relying on the “wisdom of the [better informed] crowd.” I have done a fair amount of analysis and have seen each of these players on “tape.” However, I save that work for my assessment of potential busts versus creating a mock draft.

After performing my analysis (i.e. averaging a bunch of other mock drafts), I simply make sure the identified player fits a defined need for the team with that pick. Relative to teams with top 10 overall picks, I know the following Cincinnati (#1), Miami (#5), and the LA Chargers (#6) need quarterbacks while Washington (#2), Detroit (#3), the NY Football Giants (#4), Carolina (#7), Arizona (#8), Jacksonville (#9), and Cleveland (#10) presumably don’t. As such, either the Dolphins or Chargers need to jump to #4 to fit the model. I contend that the team making the jump wants Tua most.

Prior to the start of the 2019 college football season, Tua Tagovailova was the presumptive 2020 #1 NFL draft pick. With the best college football season ever, LSU QB Joe Burrow deservedly jumped to the top of the draft regardless of Tua’s season-ending injury. Based on passing efficiency, Burrow had the best year ever while Tagovailova had the best career ever. Given the importance of the QB position, I don’t thing Tua falls below #4.

At this point, I need to introduce the concept of the market value of a draft pick as used by Jimmy Johnson back in the 1990s. Developed by Cowboys executive Mike McCoy, the following chart depicted the value of a pick such that Johnson could make a quick decision about trading up or down in a draft. Note: You can click on the above title to learn how these values compare with actual production.

For my 2020 T10B Mock Draft, I predict the LA Chargers (#6 pick) will jump the Miami Dolphins (#5 pick) and trade with the NY Giants (#4 pick) in order to take Tua Tagovailova. Based on the Jimmy Johnson Value chart, the Chargers would only have to give up a mid 3rd round pick (worth around 200 pts) to make the deal happen. The Giants don’t need a QB so they presumably can get their preferred pick at #4, #5, or #6 so any additional picks would be incremental. Still, I predict they’ll get an extra 600-800 points with the trade (e.g. an early 2nd and 3rd round pick).

Overall, I predict the following scenarios.

Of note, I don’t believe any team jumps to take Justin Herbert regardless of the Oregon State QB’s accomplishments and attributes.

For those of you who haven’t read my previous posts, I value on-field performance (i.e. stats) much more than combine results. Still, certain teams seemingly get infatuated with speed (i.e. fast “40 times” for WRs or DBs) or concerned with physical characteristics (e.g. QBs < 6′ tall or with small hands).

My wife usually likes my posts without reading them. If she doesn’t like this one, she actually read it (or at least got this far into it).

While not as titillating at the photo, the following information may interest my core readers.

Relative to physical attributes, the outliers include:

By taking taking Clelin Ferrel with the 2019 #4 overall pick, the Raiders confirmed that surprises can happen because I ranked the Clemson DE as the T10B #17 pick. Point being, there’s a non-T10B mock draft pick who likely will become eligible for T10B status. I offer the following prospects who might make the jump.

Relative to this group, I like LB Patrick Queen in the mold of another Ray Lewis. As someone who regressed during his last year in college and threw a lot of interceptions, Jordan Love fits the bill as a potential bust.

Perhaps the biggest wild card of the evening involves logistical complications as most camps operate out of their executives’ homes due to the COVID-19 shutdown. For me, the most interesting dynamic involves my nephew’s bet regarding whom Joe Burrow hugs first after going with the first overall pick. Despite lower odds, Joe’s mom (1:1 bet) has my vote because he’ll never live it down if he chooses anyone else.

Regardless of whatever I may ever do to help my kids, they need to (and do) know that their mom has had the most important role in making them the great individuals that they have become. Based on my earlier photo, I’m betting that my wife will not make it this far to see that the ultimate winner of the 2018 Miss USA pageant held her own in a bathing suit.

As stated earlier, I don’t care whether I’m right or wrong. I just want to return to some normalcy. Let the fun (and return to normalcy) begin.