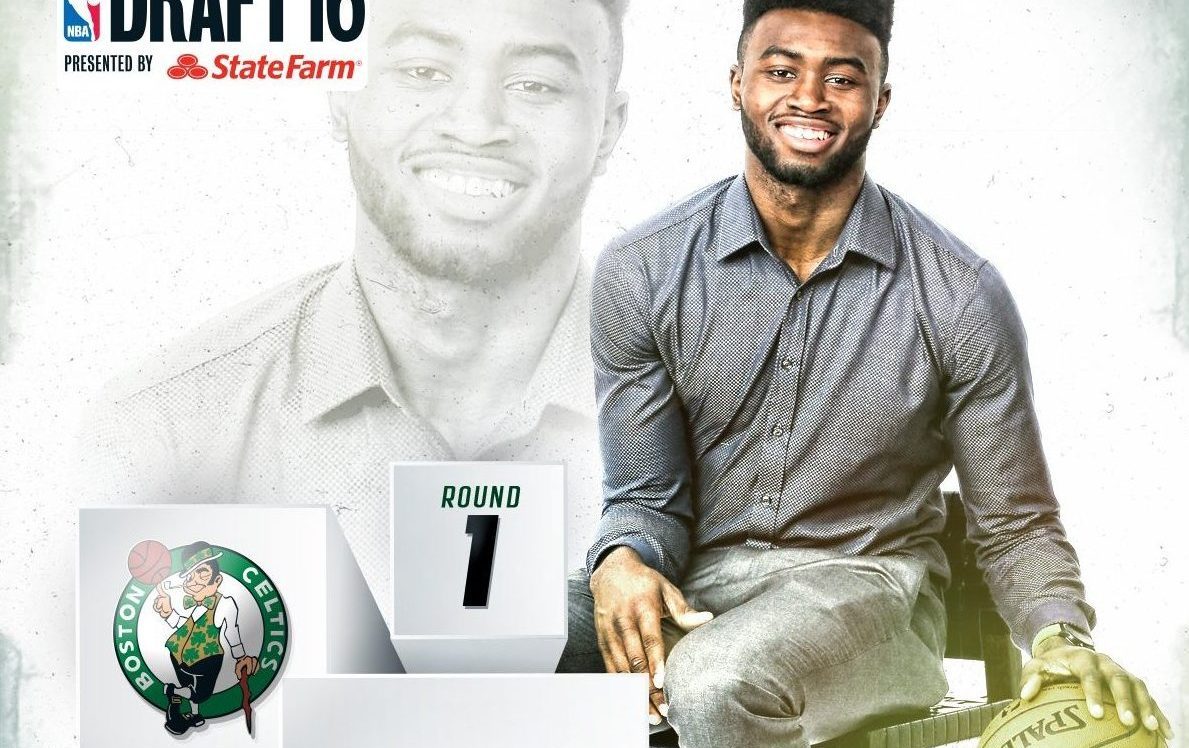 Synopsis: During the 2015-16 regular season, Cal freshman Jaylen Brown put up respectable averages of 15 points and six rebounds per game. At the same time, he shot 46% from the floor (including 31% from behind the 3-point arc). During the 2016 Pac-12 and NCAA tournaments, however, he wilted and averaged only eight points and three rebounds. In those three tournament games, Brown had almost three times as many turnovers (14) as field goals (5). Additionally, he shot an abysmal 17% from the floor, including a 3-17 outing in an 82-78 overtime loss to Utah. Regardless, Boston Celtics GM Danny Ainge seemingly went against the grain and took Brown with the team’s #3 overall pick in the 2016 NBA Draft. While it’s unlikely that Brown will be a Top 10 Bust, he certainly is on the radar screen.

Going into the 2016 NBA Draft, virtually every mock draft had Ben Simmons and Brandon Ingram going first or second overall. At least, I couldn’t find one that didn’t. In contrast, the “experts” disagreed about what the Boston Celtics would or should do with its #3 pick. Most thought Boston GM Danny Ainge would trade the pick or take Providence point guard Kris Dunn. However, Ainge proved to be an independent thinker by taking Cal small forward Jaylen Brown instead.

Prior to the announcement of Boston’s pick, ESPN NBA Draft host Rece Davis noted that the Celtics had the highest pick for a team with at least 48 wins since the Pistons took Top 10 Bust Honorable Mention Darko Milicic in 2003. As if cursing a pitcher by talking about a no-hitter in the 7th inning, Davis might as well have put a hex on Boston. The Pistons’ biggest mistake that year involved taking someone based on need (i.e. Milicic) instead of taking the best available player (i.e. Carmelo Anthony). This year, the Celtics could be accused of the same mistake. In particular, they passed on the best player (i.e. Kris Dunn) presumably because they already had All-Star point guard Isaiah Thomas.

Since being ranked by ESPN as the 4th best high school senior in 2015, Brown received a lot of attention at the top of many 2016 mock drafts. Then again, his draft stock fell given his struggles toward the end of his “one-and-done” year at Cal.

As shown by the previous table, Jaylen Brown put up decent numbers during his freshman year. In particular, his achieved a stat line of 16 points and six rebounds per game while shooting 35% from behind the 3-point arc during Cal’s conference schedule. However, those numbers fell by 50% in the Pac-12 and NCAA tournaments. At the same time, his turnover average increased by 50% from 2.9 to 4.7 per game.

Before the start of March Madness, Draft Express projected that Brown would be the #3 overall pick. However, he fell to #8 soon after his poor performance in the NCAA Tournament. In a first round match-up between #4 seed Cal and #13 seed Hawaii, Brown only scored four points on 1-6 shooting from the field. Even more concerning, he had seven turnovers before fouling out after 17 minutes. Cal was already short-handed due to injuries to two of its starters (including leading scorer and point guard Tyrone Wallace. Once Brown went out, the  Weenies’ fate against the Rainbows was sealed.

As highlighted by SBNation.com, Brown wilted when placed in the spotlight. Specifically, SBN’s Ricky O’Donnell wrote:

Brown has two major flaws right now: he’s a poor jump shooter and isn’t a gifted playmaker with the ball in his hands. Both were a problem against Hawaii.

Brown’s season-long stats show isn’t ready to be a primary option on offense just yet. He finished his freshman year with 105 turnovers to only 67 assists, a brutal ratio for even a bigger player. It was compounded by Brown’s sky-high usage rate of 31.2 percent — No. 20 in the country and first in the Pac-12. He’s just not skilled enough offensively to be ending more than 31 percent of his team’s possessions with a shot, turnover or free throw.

Despite Brown’s drop in draft status, analysts still regarded him as worthy of a Top 10 pick based on numerous strengths.

Apparently, Boston appreciated Brown’s strengths while discounting his weaknesses. In contrast, my Spidey sense started to tingle when NBA Commissioner Adam Silver read his name as the Celtics’ pick. However, that tingle seemed to fade when ESPN analyst Jalen Rose offered his commentary. In particular, the former Fab Fiver mentioned that Brown:

When sharing his thoughts, Bilas also highlighted the former Cal star’s limited shooting range and proneness to turnovers. Overall, Bilas described Brown as a “risk/reward guy.” In essence, that term simply is another way of saying that a player’s career trajectory can go to the extreme in either direction. Uh oh, there goes that Spidey sense again.

JAYLEN BROWN – THE NEXT TYREKE EVANS?

Jalen Rose followed up his initial commentary by making a comparison between Brown and Tyreke Evans. After being selected with the 4th overall pick in the 2009 Draft, Evans stormed into the league and averaged 20 points, five rebounds, and six assists as a rookie. He also averaged 1.5 steals en route to winning the Rookie-of-the-Year Award. Unfortunately, Evans hasn’t improved since then. In fact, he peaked in points, rebounds, and steals that year.

Overall, Rose viewed the comparison favorably and liked the pick by the Celtics. He noted similarities in both players’ ability to “play downhill” and attack the basket. Unfortunately, the comparison also can be viewed unfavorably. Since his impressive rookie season, Evans has been overshadowed by the following players from the 2009 Draft.

In addition to these five players, there are four others (i.e., Ty Lawson, Taj Gibson, Darren Collison, and Brandon Jennings) with more win shares. As of now, it appears likely that Evans will finish his career with below-average win shares for a #4 overall pick. Still one of the best ten players from the 2009 Draft, Evans will never be considered a bust. However, he could be considered a questionable pick given the success of Steph Curry, who was taken three spots later. Then again, the failure of #2 overall pick Hasheem Thabeet protects him from that negative scrutiny.

Unlike the first two players taken in the 2016 NBA Draft, #3 pick Jaylen Brown deserves consideration as a potential Top 10 Bust. Granted, the odds aren’t great. Then again, they aren’t negligible either. I don’t have the ability to know if Brown’s late-season struggles at Cal reflect the exception or the rule for his future NBA career. However, it certainly put a seed of doubt in the minds of many draft analysts.

By comparing Brown to Tyreke Evans, Jalen Rose provided a reference which wasn’t solely positive. In particular, Evans likely will finish his career in the third quartile of all players taken with a comparable pick since 1970. A similar career ranking for Brown seems to make sense to me. While that type of production is not bust-worthy, it’s more indicative of a mid-first round instead of a top 10 pick. As such, I believe Brown has more downside than upside. Giving him a 10% chance of being a star, I’ll also give him a 20% chance of being a bust.