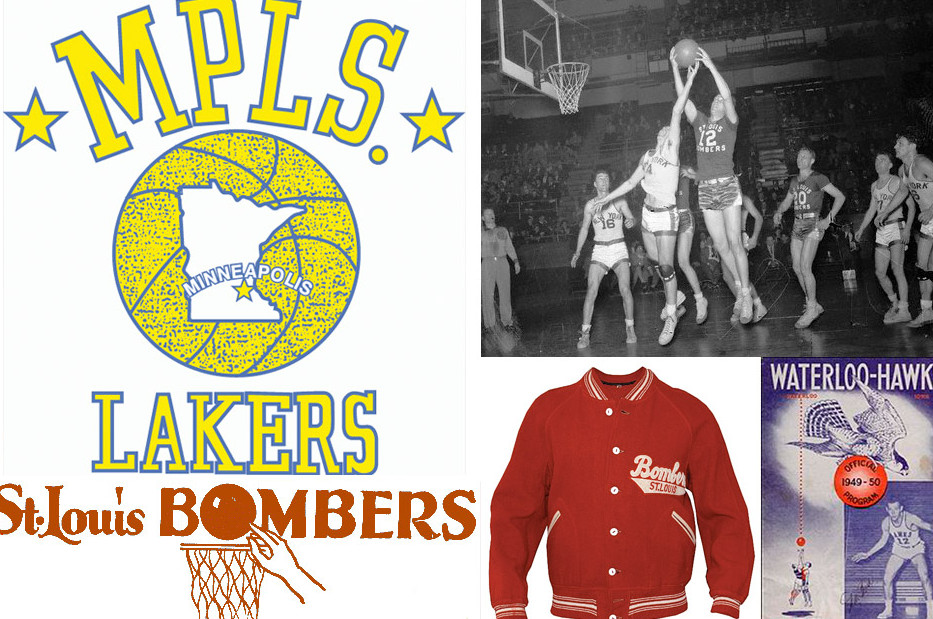 Synopsis: Throughout its history, the NBA has relied on an assortment of gimmicks to determine how teams could select new players. Well before the use of lotteries and coin flips, the league gave teams a preferential right to select local players who presumably offered a built-in following. This type of draft exemption ended by the mid-1960s, but not before the rule was applied inconsistently for one player. Wanna take a guess?

Professional basketball in the United States during the late 1940s resembled the Wild West. In particular, the following leagues competed for players and fans alike.

Out of these four, the BAA proved to be the most successful poaching other teams and attracting college players. As a result, it survived and ultimately became the modern-day NBA. Technically, the NBA resulted from a “merger” of the BAA and NBL in 1949. More accurately, however, the BAA absorbed the remaining pieces of the financially troubled NBL. For this reason, the NBA looks back to the formation of the BAA as its official beginning.

The following table provides a summary of franchises during the NBA’s first 20 years. Before skipping over it too quickly, take a look at some of the great teams names such as the Providence Steamrollers, St. Louis Bombers, and Pittsburgh Ironmen. Each deserves consideration for the league’s next nostalgia night.

To say the least, the early days of the NBA were tenuous. Mostly through the absorption of existing teams, the league added 12 franchises in its first decade. At the same time, 15 teams folded due to financial difficulties. Given the NBA’s new $2.7 billion/year television contract and former Microsoft CEO Steve Ballmer’s $2 billion bid for the Clippers last year, the league’s troubles seem like they existed a lifetime ago. Then again, I guess they did.

Given the tough financial conditions, the NBA favored survival over competitive fairness in the early years. Of note, the league gave teams a territorial priority to draft local players regardless of draft position. Specifically, any NBA team could forfeit its first-round pick in order to select one player who played college basketball within 50 miles of the team’s location.

The rule arguably had two benefits.

During the 20 seasons during which territorial picks existed, teams used it a total of 22 times. Those teams relied on this exemption to select players who likely wouldn’t have been available based on their original draft order. As the following table shows, the results from these picks varied greatly. Certain teams selected all-time greats such as Wilt Chamberlain, Oscar Robertson, and Paul Arizin. Others regrettably missed out on all-time greats such as John Havlicek, Hal Greer, and Willis Reed.

[1] HOF implies player elected to Naismith Memorial Basketball Hall of Fame. HOF-50 implies player also selected as one of the NBA’s 50 Greatest Players as part of the league’s 50th Anniversary celebration in 1996.

Even though almost 70% of teams could have done better by foregoing the territorial pick option, it’s hard to argue that they would have had the foresight to take the most productive player available at their original draft positions. Instead, it might be more appropriate to claim that the territorial picks finished their careers almost 3x as productive as the players actually taken in those spots.

Additionally, it’s hard to argue against the economic value of taking a player with a built-in following. Whereas the St. Louis Bombers failed to survive for more than one year after making Ed Macauley one of the first territorial picks, every other team relying on the rule survived. Well, at least they survived long enough to relocate.

Even though Wilt Chamberlain played college basketball at the University of Kansas, the Philadelphia Warriors argued for his territorial rights. In particular, they argued that he attended a nearby high school. For some reason ($$$$), the NBA agreed with the Warriors’ interpretation. If the rule had been applied as written (i.e. only for nearby college players), Chamberlain likely would have ended up with the Cincinnati Royals as the first pick in the 1959 Draft. Then again, Cincinnati took Si Green over Bill Russell as the first overall draft pick in 1956 so who really knows what sort of brain trust made decisions for that team.

Ensuring that they wouldn’t miss out on the third all-time great in five years, the Royals selected University of Cincinnati standout Oscar Robertson as a territorial pick in 1960. Interestingly, the team also had the #1 overall pick so the declaration was redundant and unnecessary. Perhaps, it simply wanted to get the pick out of the way to avoid a creative GM a la Kevin Costner’s character in Draft Day.

RAY KINSELLA – ALL GROWNS UP

Imagine if the Cincinnati Royals could have taken Chamberlain in 1959 with their #1 pick and Robertson one year later with a territorial pick. The combination of these two all-time greats may have affected the Celtics’ dynasty during the 1960s to the point that Cincinnati might still have a team and both players likely would have had more than three championship titles between them.

Is it possible that the league cared more about creating a contender in Philadelphia instead of Cincinnati? Don’t worry, that was rhetorical.