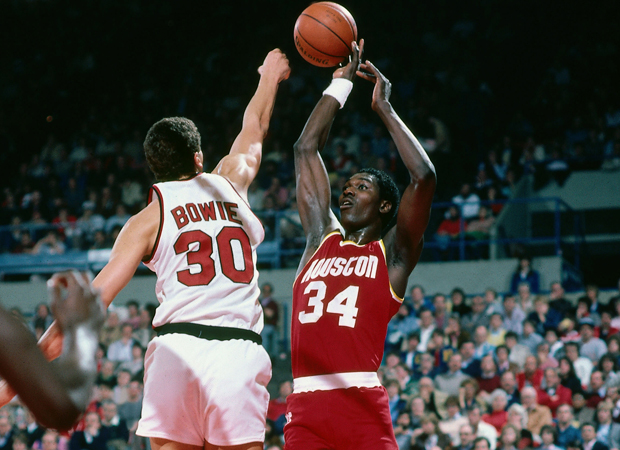 Synopsis: As discussed in a previous post, Sam Bowie is often highlighted as the biggest bust in NBA history simply because he was drafted ahead of Michael Jordan. While it’s clear that the Trail Blazers made a really bad decision regarding their 2nd overall pick in the 1984 Draft (especially given that Portland also passed up on Hall of Famer Charles Barkley), Bowie was not an all-time bust. In particular, he averaged approximately 11 points and eight rebounds per game during his career. On behalf of all players who achieved at least a minimum threshold of production during their careers and in honor of the most inappropriately maligned player in NBA history, I have created the Sam Bowie Exemption.

Any conversation about the 1984 NBA Draft usually begins and ends with the comment that the Portland Trailblazers selected Sam Bowie with their 2nd overall pick instead of Michael Jordan. In between, the discussion may digress with a comment that the draft was the greatest ever with four Hall of Famers (#1 – Hakeem Olajuwon, #3 – Michael Jordan, #5 – Charles Barkley, and #16 – John Stockton), or a mention of the coin flip that gave Houston the top pick instead of Portland. However, the elephant in the room is always the Bowie pick. It may be hard to convince you otherwise, but I contend that Bowie wasn’t a bust because he was productive enough to escape the label.

In order to avoid this label being applied inappropriately to Bowie or any other sufficiently productive player, I have created the following criterion.

Given Jordan’s achievements, no one can seem to remember why Sam Bowie might have even deserved consideration to be drafted ahead of the NBA’s G.O.A.T. To start, you’ll need to realize that NBA Championships were won almost exclusively by teams with dominant big men up to that point. From 1952 to 1979, all but two NBA Championships were won by teams which included the following all-time great big men: George Mikan; Dolph Schayes; Neil Johnston; Bob Pettit; Bill Russell; Wilt Chamberlain; Willis Reed; Dave Cowens; Kareem Abdul-Jabbar; Wes Unseld; and Bill Walton. Even as Magic Johnson and Larry Bird were starting to collect their own rings, the Lakers had Kareem and the Celtics had Robert Parish and Kevin McHale. Also, Julius Erving didn’t win a title until he joined up with Moses Malone in 1983. When these players are added to the prior list, 35 out of 37 NBA Champions included a big man who was named one of the Greatest 50 Players in NBA History. As such, it wasn’t unreasonable for the Trailer Blazers to want a big man, especially since the team already had future Dream Team member Clyde Drexler at shooting guard.

Even though Olajawon won his only two championships while Jordan was “playing” baseball, I’ve never heard anyone fault the Rockets for taking Olajuwon over Jordan. As such, the Trail Blazers must be questioned specifically for taking Bowie and not for preferring a big man instead of a very talented shooting guard. Unfortunately, most people remember the top instead of the bottom picture of Bowie.

Sam Bowie showing his athleticism while at Kentucky

In case Bowie’s height and athleticism are not readily apparent from the picture, take a look at the following clip of him while at Kentucky. Perhaps somewhat misleadingly, both the picture and the clip came from before Bowie suffered a serious leg injury that kept him out for two years while still in college. As the following table shows, Bowie was not quite the same player before and after the injury.

As a rebounder and a shooter, Bowie didn’t fall off much pre and post-injury but he wasn’t the same scorer or shot blocker. While Bowie sat out for the 1981-82 and 1982-83 seasons, Mel Turpin filled in at center and helped guide Kentucky to consecutive SEC Championships.

Whereas Bowie was a force for Kentucky from the start, Turpin progressed more gradually. Playing together again for the 1983-84 season, they had similar production with Turpin scoring a few more points and Bowie grabbing a few more rebounds per game. Known collectively at the “Twin Towers” (a year before Ralph Sampson and Hakeem Olajuwon usurped the nickname while with the Houston Rockets), Bowie and Turpin led the Wildcats to an SEC title (Turpin’s third in a row) and a #1-seed in the Midwest Region of the 1984 NCAA Tournament.

Kentucky’s Twin Towers performed well in leading the Wildcats to three straight victories. In those games, Bowie averaged 12 points and 11 rebounds while Turpin averaged 14 points and five rebounds. Due to a 1st round bye, Kentucky only needed three wins to meet up against Georgetown in the Final Four. In that semi-final match-up, Bowie (10 points, 11 rebounds, and two blocks) outplayed Ewing (eight points, nine rebounds, and zero blocks), but Turpin had an off-night (five points on 2-11 shooting, five rebounds, and one blocked shot). In the end, the Hoyas’ supporting cast of David Wingate (11 points and three rebounds) and Michael Jackson (12 points and 10 rebounds) proved to be too much in Georgetown’s 53-40 victory. Two days later, Georgetown won the Championship with a 84-75 victory over Olajuwon and the Houston Cougars. In case it wasn’t obvious, three of the four teams at the Final Four had at least one dominant big man.

With the worst records in the Eastern and Western Conferences, the Indiana Pacers and Houston Rockets were in position to get the #1 overall pick of the 1984 Draft. Due to a trade, however, the Trail Blazers held the Pacers’ pick so they were part of “Olajuwon Sweepstakes” instead. As explained in a previous post, the Rockets got the first pick after winning a coin flip and used it to take center from the Houston Cougars. After unsuccessfully trying to lure Ewing out of college, the Trail Blazers used their pick on Bowie. While Portland’s strategy to select a big man can be justified, its decision to use the pick on an injury-prone player can be questioned. I only wonder if the team was so committed to a big man that it even would have taken Sam Perkins over Jordan.

Bowie’s NBA career started out auspiciously with averages of 10 points, eight rebounds, three assists and three blocks per game during his rookie year. Interestingly, the First Team All-Rookie team that year included each of the top five overall picks (Olajuwon, Bowie, Jordan, Perkins, and Barkley) for the only time in the 52-year history of the recognition. Clearly, Bowie wasn’t a bust up to that point; however, the injuries started soon thereafter. Bowie only played 38 games in his second season before breaking his left leg, and then five games in his third season before breaking his right leg. He missed his entire fourth season after fracturing his right leg while warming up for a preseason game (remember the picture from earlier in this post). Perhaps, Bowie was M. Night’s inspiration for S. Leroy’s (sorry, Samuel L.’s) character in Unbreakable.

After Bowie’s productive rookie season, he only played in 63 out of a possible 328 games during his final four years in Portland. Before the 1989-90 season, Bowie was traded along with a 1st-round pick (which was used to take Mookie Blaylock) to the New Jersey Nets for Buck Williams. The trade was good for both teams and especially good for Bowie considering that he was able to stay relatively healthy and missed only 48 out of the next 328 games.

Bowie had his most productive seasons with the Nets by averaging approximately 13 points, 8 rebounds, 2 assists, and 1.5 blocks per game. He even averaged a double-double (15 ppg and 10 rpg) for the 1989-90 season. Simply based on those four years, Bowie would escape Top 10 Bust status based on his accumulated win shares. Specifically, he had 16 win shares and only needed 9.

In 1993, Bowie was traded by the Nets along with a second round pick (which was used to take Toby Bailey, who had a whopping 241 career points) to the Lakers for Benoit Benjamin (the #3 overall pick from the 1985 Draft). Both of the former first round picks lasted only two years with their new teams. Of note, Bowie retired while Benjamin was picked up by the Vancouver Grizzlies in the 1995 Expansion Draft. Regardless, New Jersey got the better end of the trade given Benjamin’s 10 ppg and seven rpg averages over 138 games for the Nets versus Bowie’s six ppg and four rpg averages over 92 games for the Clippers. Bowie said he retired to spend more time with his family, but perhaps the years of injuries finally became too much. Additionally, he probably didn’t want to deal with more comparisons to Jordan, who had just returned from his  baseball experiment. No matter how far away he runs, Bowie cannot be delinked from Jordan or the other superstars from the 1984 Draft.

SAM BOWIE AND OTHER NOTABLE PLAYERS FROM THE 1984 DRAFT

The previous table should leave you with at least four observations:

While my post won’t change everyone’s opinion, it makes you question the misconception that Bowie deserves to be remembered as an all-time bust.