Synopsis: After impressive college careers, Purdue teammates Keith Edmonson and Russell Cross became top 10 draft picks. Unfortunately, neither player transitioned well to the next level. As the 1982 #10 pick, Edmonson accumulated 522 points, 127 rebounds and 56 assists during his two-year NBA career. In turn, Cross tallied 166 points, 82 rebounds and 22 assists after going 6th overall in the 1983 Draft. Both players clearly qualify as busts based on their measly production totals. As the earlier pick who went before Hall of Famer Clyde Drexler, Cross ranks higher an all-time bust. Whereas Edmonson received an T10B Honorable Mention, Cross sits in the #9 spot.

Before getting started, I need to remark about how much better Gene Keady looks since getting rid of his comb-over and associated dye job.

In an article for Yahoo! Health last fall, Jenna Birch reported that doctors detected a form of skin cancer on Keady’s head after his new wife convinced him to go au naturel. It’s what you would call a win/win scenario. Keady’s life may have been saved and we don’t have to see that hideous pelt anymore. Lest you think I’m being mean-spirited, the former Purdue coach probably would agree with me.

In that same article, Birch quoted Keady as saying,

After finding love and someone he could trust, Keady finally listened.

Defying any negative commentary about his look, NBA superstar-in-the-making Anthony Davis has embraced (and even trademarked) his unibrow. When he finally gets rid of it, we’ll know he has found someone special. In case you doubt that statement, look for images of Pete Sampras before and after he started dating future wife Bridgette Wilson.

If I ever provide a T10B ranking of questionable physical appearance decisions, Keady and Davis certainly will make the list. At the same time, other deserving candidates include: 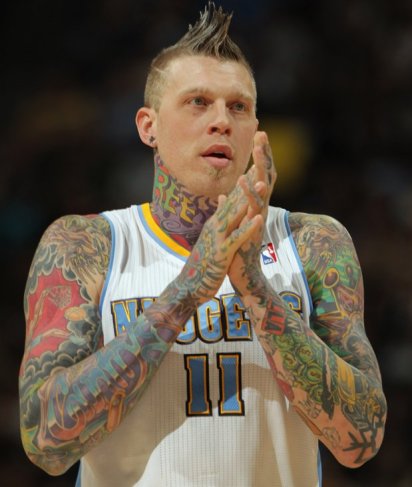 Enough for my digression. Now, on to the post.

Arriving at Purdue in 1980 as a less follicly-challenged person,

Gene Keady inherited an impressive program that had just come off appearances in the 1979 NIT Finals and the 1980 Final Four. Those teams had been coached by Lee Rose, who left West Lafayette, Indiana for the “greener” pastures of Tampa, Florida. Click here to understand the reason for the quotation marks. At least, the link will provide an overview of Rose’s coaching career and the backdrop for his decision to leave for the University of South Florida.

Before arriving at Purdue, Keady directed the Western Kentucky Hilltoppers to an appearance in the 1980 NCAA Tournament. The new coach likely embraced the move from the Ohio Valley Conference to the Big 10. At the same time, he faced a big challenge due to the graduation of 1980 #1 overall pick Joe Barry Carroll.

Unfazed by the loss, the coach signed 6’10” McDonald’s All-American Russell Cross in an important first move at Purdue. For a February 1995 Chicago Tribune article, John Owens included the following quote from Keady.

Russell was one of the best low-post players I ever considered. One of the turning points of my career was signing him.

By pairing Cross with returning starter Keith Edmonson, Keady had a team that could weather the storm of losing someone like Carroll. Of note, both Edmonson and Crosss averaged approximately 17 points per game during the 1980-81 season. Based on their efforts, Purdue went 21-11 and reached the semi-finals of the 1981 NIT.

The Boilermakers stumbled out of the gate with a 3-7 record to start the following season. However, they finished 18-14 and reached the 1982 NIT Finals. As a senior that year, Edmonson upped his production to over 21 points per game and earned Honorable Mention All-America honors. He parlayed his production into the #10 spot in the 1982 NBA draft.

As the following table shows, Edmonson had a productive college career worthy of such a high draft pick.

As shown by the table, Edmonson steadily improved as a scoring threat throughout college. He finished as the second leading scorer on his team as a sophomore and led the Boilermakers in scoring as a junior and senior. He even led the Big Ten in scoring for the 1981-82 season.

In addition to scoring a lot of points, he proved to be an effective shooter with a career field goal percentage of almost 53%. His personal accomplishments received additional attention considering that he gained national exposure being on one Final Four team and two teams that had reached the semi-finals of the NIT.

For all of these reasons, the Atlanta Hawks understandably took him early in the 1982 Draft. Despite his pedigree, however, he significantly underperformed relative to other draft picks from the same year.

NOTABLE PLAYERS FROM THE 1982 DRAFT

With only 522 career points, Edmonson clearly qualifies as an NBA draft bust. However, he fails to qualify as an all-time bust for a couple reasons. First, his lack of production may have been driven more by a lack of playing time than by an inability to score. Second, he went after and not before the best players from his draft.

Edmonson categorically had an atrocious rookie season. To start, he tallied only 112 points, 39 rebounds, and 22 assists in 32 games. Furthermore, he shot 35% from the floor and 60% from the line. These numbers reflected 20% declines from his numbers at Purdue one year earlier. Quick to cut the cord, the Hawks sold his contract to the Spurs during the off-season.

In his second year, Edmonson seemingly found his stroke again. Of note, he improved his shooting to almost 50% from the field and 75% from the line. Playing for both San Antonio and Denver that season, he averaged 7.5 points per game coming off the bench. On an adjusted basis, he averaged almost 24 points per 36 minutes of playing time. Despite these reasonable numbers, he never played in the NBA again.

Previously, I have argued that the careers of draft classmates cannot turn a marginal player into a bust. As the most notable example, Sam Bowie (1984 #2 pick) had a marginal career, but shouldn’t be considered a bust simply because of the greatness of Michael Jordan (1984 #3 pick). At the same time, I believe draft classmates can help determine whether an objectively bad player should rank as an all-time bust.

With respect to the 1982 Draft, the best players went before and not after Edmonson. Specifically, the Lakers took future Top 50 player James Worthy with the #1 pick and the Jazz took future Hall of Famer Dominique Wilkins with the #3 pick. By taking Edmonson with the 10th overall pick, the Hawks passed up on All-Stars Fat Lever, Sleepy Floyd, and Ricky Pierce. Still, these fellow draft classmates didn’t achieve enough to cause Edmonson to qualify as an all-time bust.

Interestingly, Atlanta traded John Drew and Freeman Williams to Utah for Wilkins before the 1982-83 season even started. Drew averaged 18.5 points per game for three seasons with the Jazz, but the Hawks clearly got the better end of that trade. In the process, Atlanta effectively mitigated their mistake from drafting Edmonson.

[As a quick aside, I consider it criminal that the NBA excluded Wilkins from its Top 50 Anniversary Team in 1996. James Worthy (the 1982 #1 overall pick) proved to be a great champion who won three titles with the Lakers. Still, he wasn’t better than Wilkins based on statistics (take a look at the table again) or the eye test. With teammates like Magic and Kareem, Worthy made the Top 50 Team. Playing most of his career without another superstar, Wilkins unfairly didn’t.]

As a senior at Purdue for the 1981-82 season, Keith Edmonson led the Big 10 in scoring. Despite losing his All-American teammate, Russell Cross stepped up and led the Boilermakers to a 21-9 record and a 2nd round appearance in the NCAA Tournament one year later. After being named 1st-Team All-Big Ten, Cross decided to leave school early and declared for the 1983 Draft.

With averages of 17 points, 6 rebounds and 2 blocks per game as a freshman, Cross produced from the start of his college career. Presumably slowed down by sore knees, he regressed somewhat as a sophomore. After putting up numbers worthy of all-conference honors, he decided to leave school early.

As the 1983 #6 pick, Cross made a decision that could be justified. Based on his lack of production in the NBA, however, he arguably made a foolish decision. Coach Keady provided support for this argument with the following quote for the Chicago Tribune article referenced earlier.

[Russell] needed to stay in school so he could work on his game and on his (bad) knees.

I’m sure Cross reacted by thinking, “Oh, so now you tell me.”

As the following table shows, Russell Cross had some abysmal numbers in absolute and relative terms.

NOTABLE PLAYERS FROM THE 1983 NBA DRAFT

Whereas Edmonson avoided making the countdown of Top 10 Busts, Cross wasn’t so lucky.

Despite edging out his former teammate as the more bust-worthy NBA draft pick, Cross arguably deserves the Greg Oden Injury Exemption. Of note, he suffered chronic knees problems after never fully recovered from a high school knee injury. Then again, his numbers at Purdue showed that he recovered from it sufficiently enough to become an accomplished college player.

Without the exemption, Russell Cross could not escape the fact that he scored fewer points than anyone drafted with a top 8 overall pick since 1970. Still, for reasons addressed in subsequent posts, I couldn’t put him higher than #9 in my T10B ranking.

This site uses Akismet to reduce spam. Learn how your comment data is processed.

Synopsis: Going into the 2021 NBA Draft, the worst kept secret is the selection of Cade Cunningham by the Detroit...

Regardless of which player from the 2019 NBA Draft has the best career, it will be remembered as the "One with Zion Williamson." Williamson will live up to the hype or get overshadowed by another player. Either way, he will be in the center of the discussion as the certain #1 overall pick. The next two picks of Ja Morant and RJ Barrett seem almost as certain. After that, the draft should open up with five picks battling for the next five spots. I considered six players for the final two spots in my top 10.

When committing to Duke, Wendell Carter Jr. thought he would be the best one-and-done Blue Devil available for the 2018 NBA Draft. Unfortunately, 2018 #2 overall pick Marvin Bagley graduated high school early and joined him for their one-year college basketball experience. Carter's stat line of 13.5 ppg and 9.1 rpg fell short of Bagley's production of 21.0 ppg and 11.1 rpg. The lesser regarded Dukie can't be too upset going to the Chicago Bulls with the 7th overall pick. Then again, former Duke players haven't had the best success in the NBA so perhaps he should be concerned.

During his one season at the University of Texas, Mo Bamba proved to be a defensive stalwart who led the Big 12 in rebounds and finished second in the NCAA in blocks. Given that you can't teach size, Bamba became a very desirable pick due to 6'11" height and 7'10" wingspan. While I agree that he draws a valid comparison to 2017-18 Defensive Player of the Year Rudy Gobert, it's possible that the 2018 #6 overall draft pick could turn into T10B Hasheem Thabeet instead. Using those two comparable players as the upper and lower bounds, I predict Bamba will have an NBA career closer to the top than the bottom.