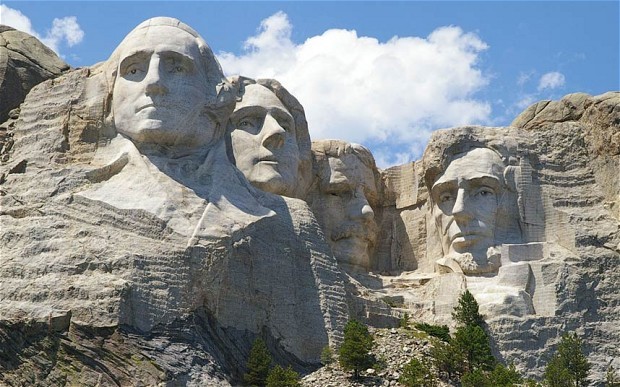 Synopsis: Going into the 2015 NBA Finals between the Cavaliers (led by 4x MVP LeBron James) and the Warriors (led by reigning MVP Steph Curry), the best series in the 2015 playoffs still has been the first round match-up between the Spurs and the Clippers. That 7-game series ended with the Clippers beating the Spurs by the score of 111-109 on a last-second shot by a hobbled Chris Paul over the outstretched arm of Tim Duncan. Despite that final play, the 39-year old Duncan showed that he still is a superstar who can compete at the highest level. With a style of play based on fundamental soundness instead of flashy highlights, Duncan is often forgotten in conversations regarding the all-time greatest players. The following post was inspired by his enduring dominance, which has only been matched by two other players in NBA history: Bill Russell and Kareem Abdul-Jabbar. Overlooked too often, Duncan is poised to earn a spot on my personal NBA Mount Rushmore.

For some reason, people like to rank things. Understandably, broad qualitative descriptions such as good and bad aren’t specific enough; however, we’re not satisfied with adjectives such as outstanding or horrendous either. We not only have a desire to identify the people who are the greatest or worst at something, but also seemingly need to put them in a specific order. Would you believe there’s even a website called top10busts.com with the sole intention of providing such rankings? As if identifying busts wasn’t enough, that site also includes “Not Top 10 Busts” as a way to rank all-time greats.

In my previous post, I included a decade-by-decade summary of the most dominant players and teams in NBA history. Of note, each player or team needed to win at least three titles in order to be considered NBA royalty or an NBA dynasty. As reflected by the following tables, a further classification is warranted based on the longevity of their rule (i.e. length of time between their first and last titles).

Throughout the history of the NBA, there have been numerous all-time greats. Generally, people can agree on a Top 50 or even a Top 25 list of players without too much controversy, but it gets significantly harder (and more argumentative) to narrow down the best-of-the-best to a Top 10 or Top 5 list. For some, the pantheon of the greatest all-time players is symbolized by a hypothetical Mount Rushmore (as if Teddy Roosevelt deserves to be considered one of the four greatest Presidents). For me, the most appropriate number for a Mount Rushmore of NBA players is five given the number of players on the court. If you’re a purist and believe the analogy requires the same number of players and former U.S. Presidents, assume FDR got added to famous landmark.

To start, I need to preface my list by eliminating certain players who were extremely talented but didn’t win a sufficient number of rings to be included. Of note, Hall of Famer Walt “Clyde” Frazier once said, “The regular season is where you make your name, but the postseason is where you make your fame.” With two titles of his own, Frazier certainly has the fame to be considered an all-time great, but not the fame to be etched on the side of a mountain. More relevant to this discussion, players like Wilt Chamberlain (2 titles) and Oscar Robertson (1 title) unfortunately also are eliminated from contention even though they arguably are two of the five most talented players in history.

Based on the narrowed group of candidates (i.e. three-time champions), the following players currently encompass my NBA Mount Rushmore.

To clarify, I didn’t base my list on the best overall players. Instead, I tried to identify players with unique qualifications who could coexist on the same team. For instance, I consider Kobe Bryant to be superior to Magic or Bird, but Kobe didn’t make my list because he was too similar to Jordan. They both were prolific scorers, outstanding defenders, and relentless competitors. However, they couldn’t be on the same team unless one was willing to come off the bench, and that could never have happen. I undertand that Kobe is still an active player (so I shouldn’t use the past tense) but the chances of him leading the Lakers back to the promised land are slim to none. As such, it’s hard to imagine him ever surpassing MJ as the NBA’s G.O.A.T., even though he still was in the running as of a couple of years ago.

As of now, I’m eagerly awaiting the 2015 NBA Finals because King James would become eligible for my definition of NBA royalty with a third title. Interestingly, the debate regarding MJ vs. Kobe has been replaced by a comparison between MJ and LeBron. Given that Jordan has a six-to-two edge in NBA Championships, the support for LeBron clearly is based on him winning at least two titles with the Cavs. In fact, he still needs some more hardware to surpass Duncan and Kobe before making the debate legitimate.

Even though LeBron’s teams have a losing record in the Finals (2-3 going into the current series), he seems to be getting increasing recognition for having done more with less. For instance, the second best player on the Cavaliers when they made the 2007 Finals was probably a three-way tie between Zydrunas Ilgauskas, Drew Gooden and Larry Hughes, who combined to make a total of two career All-Star games (both by “Z” – in 2003 and 2005). In addition, the Cavs just swept the Eastern Conference Finals without two-thirds of its Big Three (Kyrie Irving missed three of the four games with a hamstring injury, and Kevin Love has been out since the first round of the playoffs with a dislocated shoulder). Furthermore, LeBron is being recognized for appearing in five consecutive Finals, which hasn’t been accomplished by anyone in almost 50 years. Regardless of any future debate about Jordan vs. James, the conversation regarding LeBron being on the NBA Mount Rushmore is at hand.

With respect to the names on my current Top 5 list, the two players most susceptible to being replaced by LeBron are Bird and Magic. In particular, LeBron likely will be remembered as a better small forward than Bird and a better all-around player than Magic. It almost seems poetic that two players who have been inextricably linked since coming into the league together would be eclipsed by a single player who blended their talents (i.e. scoring, passing, rebounding, and defending). With LeBron serving as a point forward on my hypothetical team of all-time greats, he provides a two-for-one special and creates an opening for another player.

For me, any facelift to the NBA Mount Rushmore requires the addition of Tim Duncan. As highlighted above, Duncan has both the hardware (five titles, three Finals MVPs, and two regular-season MVPs) and the longevity (titles covering a 15-year span) to be worthy of consideration. Despite being 39 years old, he seems to defy the effects of aging as if he bathed in the legendary Fountain of Youth.

FOUNTAIN OF YOUTH – AS ENVISIONED BY SETH MacFARLANE

More importantly, Duncan has been a consistent winner whose teams have made the playoffs in each of his 18 years in the league while never winning fewer than 50 games in a full season. In addition, he’s the ultimate team player who lacks the ego usually prevalent in people who elevate to the top of their profession. For this reason, Duncan is often overlooked when determining legendary players, but I don’t think he cares. Relative to other possible nicknames, “The Big Fundamental” may be more fitting than any other.

While LeBron certainly has lived up to the hype surrounding his coronation as King James over 10 years ago, he finally is on the cusp of truly deserving the recognition of NBA royalty. When (not if) that happens, my list will be modified to include both James (the game’s best small forward who could make almost every other player on his team seem like an all-star) and Duncan (the game’s best power forward who was the ultimate selfless superstar). Depending on the result of the upcoming Finals, my NBA Mount Rushmore may need a facelift as soon as a couple of weeks from now.

[As an update, LeBron won his third NBA Championship (along with the Finals MVP trophy) in June 2016. Of note, the LeBron-led Cavaliers became the first team in NBA history to come back from a 3-1 deficit in the Finals. Making the feat even more impressive, they had to win two of the three games (including Game 7) on the road. By winning the title, the Cavs prevented the Warriors from claiming the title of “Best Team Ever” despite having an all-time best 73-win regular season. At the same time, LeBron ended the season-long argument that Steph Curry had replaced him as the greatest basketball player on the planet.

By claiming his third ring, LeBron earned a well-deserved spot among the GOATs of professional basketball. As suggested during the 2015 Finals over one year ago, I can justifiably alter my personal NBA Mount Rushmore. Welcome King James . . . and Mr. Duncan.]