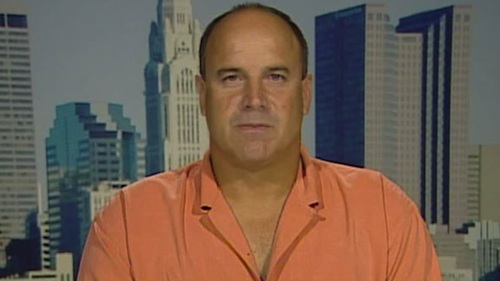 FOR ART SCHLICHTER, ORANGE IS THE NEW BLACK

Synopsis: According to Greek mythology, Icarus suffered a tragic fate after failing to heed his father’s advice about flying too close to the sun. In particular, he fell to his death when the wax binding his wings melted from the sun’s heat. Apparently, the ancient Greeks used the legend to teach about the need to avoid hubris (i.e. excessive pride). As detailed in my previous post, Art Schlichter’s hubris led to his own tragic fate. In particular, he failed as an NFL player after ignoring advice about the dangers of a gambling addiction. However, unlike Icarus, Schlichter brought down not only himself but also anyone close to him. The following post references another myth by detailing the extent of Schlicter’s anti-Midas touch.

THE ART SCHLICHTER EFFECT (A.K.A. THE ANTI-MIDAS TOUCH)

Previously, I highlighted The Randy Moss Effect when describing the positive impact that the wide receiver had on the quarterbacks who threw to him. In contrast, The Art Schlichter Effect reflects the significantly negative impact that the former quarterback had on anyone who got close to him. Some people have a positive aura while others don’t. Perhaps needless to say, Schlichter didn’t.

Apparently, NFL teams in the late 1970s and early 1980s didn’t seem concerned by college quarterbacks who threw a lot of interceptions. For example, the Cincinnati Bengals selected 1979 #3 overall pick  Jack Thompson even though the Washington State QB threw 20 interceptions during the 1978 season. As a sophomore at Cal that year, Rich Campbell threw 19 picks. During his career as a weenie, Campbell threw 42 interceptions and only 35 touchdown passes. Still, the Green Bay Packers took him with their #6 overall pick in the 1981 Draft. As if you couldn’t tell by the blue links, those decisions were flawed.

Making the Bengals’ decision to take Thompson even more perplexing, Notre Dame senior Joe Montana threw only nine interceptions during the 1978 season. Furthermore, Montana showed his worth by leading the Fighting Irish to a come-from-behind victory in the 1979 Cotton Bowl. While suffering from the flu, the future NFL G.O.A.T. overcame a 22-point deficit with less than eight minutes to go. Considering that the Bengals lost two Super Bowls to Montana and the 49ers, the decision proved to be devastating.

As a freshman at Ohio State in 1978, Art Schlichter outdid them all by throwing 21 interceptions. Granted, he completed a lot of passes to the other team that year. However, one stands out more than any other. In fact, Schlichter arguably threw the most memorable interception in Ohio State history.

Here’s the set-up. Trailing 17-15 with less than five minutes to go in the 1978 Gator Bowl, Ohio State recovered a Clemson fumble on its own 24-yard line. From there, Schlichter took the Buckeyes into field goal range with two minutes on the clock. Somewhat surprisingly, Ohio State head coach Woody Hayes called a pass play for his interception-prone QB on 3rd and 5. Don’t forget, a field goal would have won the game.

Regardless, here’s the play. Overlooking an open receiver, Schlichter tried to dump a pass over the middle. Benefiting from being in the right place at the right time, Clemson nose guard Charlie Bauman intercepted the ball. After getting tackled out of bounds, Bauman got up to taunt the Buckeyes standing along the sideline. In response, Hayes threw a punch that looked more like a karate chop to the Clemson player’s neck.

Despite being a living legend as OSU’s head coach for almost three decades, the school fired him the next day. Hayes presumably had other issues arising from his bad temper so the video made it impossible to keep him.

Similarly, Bobby Knight became a living legend while serving as IU’s head coach for almost three decades. However, Indiana chose not to fire its basketball coach despite video evidence of him physically abusing a player. Perhaps, Knight got a stay of execution because the video didn’t surface until three years after he choked Neil Reed during a Hoosier practice.

Having a “zero tolerance” employment condition in place after the video went public, Indiana fired Knight several months later when he accosted and grabbed an Indiana student who heckled him. Arguably, the student baited Knight but the non-stop media coverage forced IU’s hand. Regardless of the circumstances, the excessively prideful coach needed to go.

Anti-Midas vs. The Invisible Hand

Even though Art Schlichter began his professional career as a back-up to another rookie, the Colts’ still considered him their franchise quarterback. After all, the player had received a signing bonus of $350,000 at a time when the average salary of an NFL quarterback was $160,000.

Starting the the mid-1980s, NFL salaries really started to escalate. First, the 1982 NFL strike forced the issue. Second, the USFL lured away top talent by offering more substantial contracts. Despite the failure of the USFL, the players benefited from the increase in competition for their services. Apparently, even Schlichter’s anti-Midas touch couldn’t stop the power of capitalism.

Over the last 30 years, the increases have continued due to lucrative television contracts. Of note, the average salary for an NFL quarterback (counting all 84 quarterbacks on an active roster) is almost $5 million. Using the same scale, Schlichter’s signing bonus would be like a $12 million guaranteed contract today. What a difference a generation makes!

In retrospect, it wouldn’t have mattered if Schlichter had gotten $350,000 or $12 million because he would have gambled it away anyway. Rumors of Schlichter’s gambling habit began in college when seen at a local race track alongside new head coach Earle Bruce. It may not have been Bruce’s place to diagnose Schilchter’s illness, but the coach shouldn’t have been exposing his star quarterback to it either.

Can you imagine a TMZ video or Instagram selfie showing Florida State Head Coach Jumbo Fisher with Jameis Winston in the poker room at Lady Luck in Tallahassee? While the media have erased all boundaries to personal privacy, they do provide a level of accountability that didn’t exist in the past.

After college, Schlichter graduated from betting on the ponies and started placing bets on professional sporting events. Years later, he admitted that he often couldn’t concentrate during his own games because of bets he made on other football games. By the end of his rookie year, Schlichter had gambled away his entire signing bonus and had racked up a 6-figure gambling loss to illegal bookies.

In what seems more appropriate for Hollywood than real life, the FBI used Schlichter as part of a sting operation. It might be hard for a normal person to imagine, but Schlichter’s best option involved going to the FBI for help. I’ll admit, it’s amusing to visualize Schlichter hiding out in Columbus, OH under police protection as the Feds apprehended the bookies.

Schlichter’s assistance may have cleared up his gambling debts, but the seriousness of his activities resulted in a suspension from the NFL. Similar to fellow gamblers Alex Karras and Paul Hornung, Schlichter had his suspension lifted after one year.

As a senior at Notre Dame in 1956, Hornung won the Heisman Trophy as college football’s most outstanding player. The Green Bay Packers confirmed that distinction by taking him with the #1 overall pick in the 1957 NFL Draft. Showing that the QB position has changed over the last 60 years, Hornung threw for 917 yards with three touchdowns and nine interceptions during his last year in college.

It’s often said that life imitates art. The late 1980s confirmed this statement. In particular, movies such as Eight Men Out (1988) and Field of Dreams (1989) reminded us about the idiocy of Joe Jackson’s ban from Major League Baseball for betting on baseball. Soon after, Pete Rose received a lifetime ban for the same offense.

If Pete Rozelle had been the MLB Commissioner, baseball’s all-time hit leader would have been reinstated and inducted into the Baseball Hall of Fame a long time ago.  The MLB has a wonderful history, but the league needs to wake up or risk become even more irrelevant. Any entity that excludes Joe Jackson, Pete Rose, Roger Clemens and Barry Bonds from its all-time greats can’t be taken seriously. Ok, time to get off the soap box.

As Schlichter sat out the 1983 season due to his gambling suspension, the drama surrounding the Colts only escalated. Given the Colts’ league-worst 0-8-1 record in 1982, they “earned” the 1st overall pick in the 1983 Draft. Uncertain about the QB position, the team selected John Elway. In response, Elway stated that he would play baseball for the New York Yankees instead of playing football for the Colts.

Fearing that Elway would do what Bo Jackson ultimately did three years later, Colts owner Robert Irsay decided to trade the former Stanford quarterback. Specifically, Irsay traded him to the Broncos for Chris Hilton (the 4th overall pick in the 1983 Draft), back-up quarterback Mark Herrmann, and the Broncos 1st round pick in 1984. Apparently, Los Angeles Raiders’ owner Al Davis offered more, but Irsay didn’t want to fulfill Elway’s desire to play for a west coast team.

The drama surrounding the Colts escalated even more in 1984 as Irsay engaged in a battle to get a publicly-funded upgrade to Baltimore’s Memorial Stadium. When it became apparent that the owner intended to move the team, the Maryland Senate approved a bill to let the city seize ownership of the team by eminent domain.

In response, Irsay quickly finalized a deal with the City of Indianapolis. Then, he packed up all of the team’s possessions and transported them out of the state before the Maryland House could approve a similar bill.

The Art Schlichter Effect – The Move

Whether paranoid (or brilliant), Irsay told the moving company to start loading the trucks at 2:00 a.m. Then, he sent them in different directions to avoid the Maryland State Police. Too bad his son didn’t have the same paranoia (or foresight) when avoiding the police.

Despite the change of scenery, Schlichter didn’t survive two full seasons in Indianapolis before getting released. The Colts presumably found out about his ongoing gambling habit. In response, they cut their losses (pun intended).

Somehow, Schlichter still generated interest from other NFL teams. Specifically, he signed a contract with the Buffalo Bills after the 1985 season. Based on two consecutive 2-14 seasons, the Bills desperately needed a quarterback going into the 1986 season. Apparently, they took a chance in spite of the troubled quarterback’s history.

Fortunately for the Bills, Jim Kelly became available that summer when the USFL suspended its season while awaiting the outcome of an antitrust lawsuit against the NFL. With a pyrrhic victory of $3 (yes, three dollars), the USFL couldn’t survive. Technically still under contract, Kelly received permission to negotiate a deal so his USFL team could avoid paying him $800,000 for the next year.

Ending the negotiations quickly, the Bills offered their future quarterback $1.6 million per year. While that salary might not seem like much today, it was the highest salary in NFL history. Of note, the Bills paid him $300,000/year more than Joe Montana earned from the 49ers. With Kelly under contract, the Bills cut Schlichter before the season even started. Luckily for them, they avoided The Art Schlichter Effect. Then again, the obsessive gambler may have bet on them to beat the New York Giants in Super Bowl XXV.

Overall, Schlichter’s negative mojo can’t be denied. Of note, he not only destroyed himself but also cursed anyone who got close to him. In addition to being named the #2 Top 10 Bust, Schlicter earned recognition for his “anti-Midas” touch.

THE ART SCHLICHTER EFFECT (A.K.A. THE ANTI-MIDAS TOUCH)