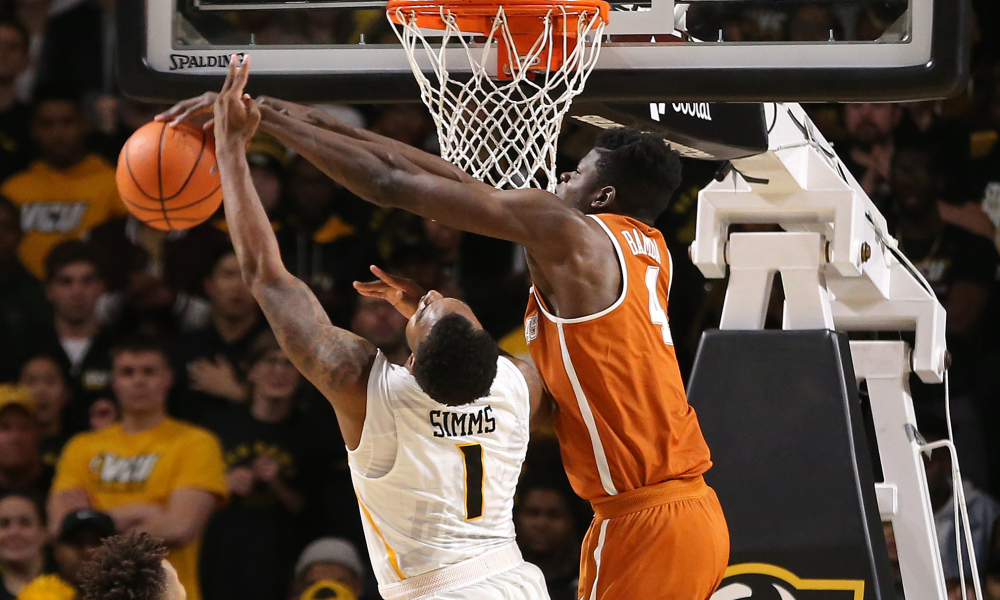 Synopsis: During his one season at the University of Texas, Mo Bamba proved to be a defensive stalwart who led the Big 12 in rebounds and finished second in the NCAA in blocks. Given that you can’t teach size, Bamba became a very desirable pick due to his 6’11” height and 7’10” wingspan. While I agree that he draws a valid comparison to 2017-18 Defensive Player of the Year Rudy Gobert, it’s possible that the 2018 #6 overall draft pick could turn into T10B Hasheem Thabeet instead. Using those two comparable players as the upper and lower bounds, I predict Bamba will have an NBA career closer to the top than the bottom.

After failing miserably with the #5 pick in my 2018 NBA Mock Draft, I got back on track by predicting that Bamba would go to the Orlando Magic with the 6th overall pick. In particular, I wrote:

If Dallas beats Orlando to the punch by taking [Michael] Porter, the Magic will take “The Albatross” instead. With an NBA draft record 7’10” wingspan, Bamba reflects Jay Bilas’s ideal draft prospect.

After acknowledging the creation of a drinking game based on his frequent references to players’ wingspans, Bilas unfortunately failed to oblige during ESPN’s 2018 draft coverage. Instead of causing a flurry of shots by mentioning Bamba’s historically long arms, the former Dukie simply offered the following assessment of the former Texas center.

Surprised that Bilas encroached on his duty of picking comparable players, fellow ESPN draft commentator Chauncey Billups told his colleague to stay in his lane. The reference may be missed several years from now, so I’ll cement it’s relevance using the words of current-day poet Lavar Ball.

Similar to Bilas, Billups compared Bamba to Gobert with a better offensive skill set. In addition, the former NBA Finals MVP regarded Bamba as being uber smart. I imagine that size is a much better predictor of NBA success than SAT scores, but what do I know. Kevin Garnett had an SAT score in the bottom 4% of all test takers, yet made over $300 million during is NBA career as a 6’11” power forward. Point being, I stand by my statement.

At this point of the draft coverage, I remembered how much I appreciated Jalen Rose as the draft analyst who made comparisons with current or fomer NBA players. I guess Rose offers more value talking about football on Get Up! instead.

Note: “Excess Value” indicates how much more productive the comparable player was relative to production from an average draft pick in the same spot. In this case, I project Rudy Gobert to be 1.8x as productive as the average #6 overall pick.

The Orlando Magic have drafted two of the most dominant big men from the last quarter-century. The team took Shaquille O’Neal with the 1992 #1 overall pick and Dwight Howard with the 2004 #1 overall pick. Mohamed Karlakwan Damala Bamba went with the 6th overall pick so any comparisons to these former #1 picks should be avoided categorically. Instead, the comparison to Gobert as the upside to Bamba’s potential is valid.

Before putting Orlando’s new big man on any All-NBA teams (like Gobert has accomplished), I need to caution Magic fans about T10B #3 NBA Draft Bust Hasheem Thabeet. Of note, Thabeet’s college numbers were very similar to Bamba’s. However, Thabeet came out after three years at UConn while Bamba came out after only one year at Texas.

By having an excess value of 0.1x, Thabeet offered 90% less production than the typical 6th overall pick. In full disclosure, I’m posting this article after Bamba’s first NBA game, With a line of 13 points, 7 rebounds and 2 blocks in 25 minutes, the Magic rookie had an impressive start. Thabeet had 2 points, 8 rebounds and 4 blocks in his first 25 minutes in the NBA, so Bamba’s not out of the woods yet.

Overall, I give Bamba a 35% chance of falling into the bottom quartile and a 12.5% chance of becoming a top quartile pick. As the 27th overall pick in the 2013 NBA Draft, Gobert has already surpassed the average player taken in that position. If taken with the 6th pick, the Jazz center likely would be a top 15-20% player. In essence, I give Bamba a 1 in 3 chance of meeting that hurdle. Realistically though, the Magic should be pleased if Bamba can average low double-digit points (12-13 ppg), high single digits rebounds (8-9 rpg), and 2-3 block per game. If so, he’ll not only avoid T10B bust status, but also become a worthy pick.