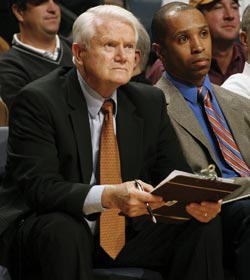 Synopsis: While researching potential Top 10 Busts Keith Edmonson and Russell Cross, I learned an interesting sports trivia fact. Specifically, only three college basketball coaches have taken two different schools to the Final Four within a four-year span. First, Gene Barlow took Memphis in 1973 and UCLA in 1976. Second, Lee Rose took UNC-Charlotte in 1977 and Purdue in 1980. Third, Roy Williams took Kansas in 2003 and North Carolina in 2005. North Carolina (18), UCLA (17) and Kansas (14) have been to 49 Final Fours between them. In contrast, UNC-Charlotte and Purdue have combined to reach three (only one without Rose). As such, Barlow and Williams’ achievements don’t seem quite as impressive. Overlooked on every elite coaching list, Lee Rose deserves special recognition as a potential Top 10 Coach.

Depending on how much you know about college basketball, Lee Rose might be the best coach you’ve never heard of. I consider myself fairly knowledgeable on the subject. Yet, I had never heard of him before I started writing this post. As of now, I believe that Coach Rose may be one of the more underrated coaches in college basketball history. After reviewing the following table, you may agree with me.

Whereas the NIT doesn’t get much respect today, it meant much more in the late ’70s. Of note, the NCAA Tournament had smaller fields back then. For instance, Purdue didn’t receive an invitation to the 1979 NCAA Tournament despite being ranked #15 in the country. As additional support, the Boilermakers finished in a 3-way tie with Michigan State and Iowa for the Big 10 title.

In case you don’t remember, Michigan State won the NCAA Championship that year. Furthermore, the Spartans won after beating Indiana State in most watched college basketball game ever. Still stumped? Read on.

Michigan State received the conference’s automatic bid based on a tiebreaker. Furthermore, Iowa received an at-large bid. However, the selection committed overlooked Purdue despite the Boilermakers’ higher win total (23 vs. 20) and higher AP ranking (#15 vs. #20). Clearly, the selection committee chose Iowa over Purdue given the Hawkeyes’ two head-to-head wins.

While the committee’s decision made sense, the exclusion of the 15th ranked team didn’t. Excluding Purdue, all other 25 teams ranked in the top 20 of either the AP or Coaches Poll made the tournament. Imagine the outrage today if that happened. Then again, the exposure (and money) didn’t compare to today.

REMEMBER THAT GAME YET?

By now, you should realize that the 1979 NCAA Finals included the match-up between Magic Johnson and Larry Bird. For whatever reason, the NCAA expanded the field from 40 to 48 teams after the 1979 Tournament. Oh yeah, I can think of one. Can you? Okay, let me help with the following: $$$$.

At Purdue for two seasons, Coach Rose left after appearing in one NIT Finals and one Final Four. Initially, I thought he might have been concerned about the team’s prospects following the graduation of 1980 #1 overall draft pick Joe Barry Carroll. Then, I thought he might have been frustrated coaching in a tough conference with more good teams than available spots in the NCAA Tournament. Eventually, I understood after reading an article about his departure. Specifically, it came down to the same reason mentioned earlier. Need a hint? Okay, let me help with the following: $$$$.

According to an April 4, 1980 article in the Ocala Star-Banner, the University of South Florida lured the coach away with an attractive financial package. Both schools offered similar base salaries of roughly $40,000 per year. However, the USF job included a $10,000 cash subsidy from George Steinbrenner, the use of a house, revenue from a sports camp, and a radio/TV show contract. The new deal exceeded $85,000 per year, or more than 50% higher than the deal at Purdue.

As icing on the cake, he would get to live in Tampa, Florida versus West Lafayette, Indiana. Game. Set. Match.

When I started writing this post almost one year ago, I had just seen Jalen Rose (no relation) on the Grantland Basketball Hour talking about the hypocrisy regarding how college coaches are treated relative to college players. Well, I don’t think the two Roses are related.

LEE ROSE VS JALEN ROSE – WOULD A ROSE BY ANY OTHER NAME BE AS SWEET?

During the TV show, Rose (the former NBA player) commented about college coaches’ sizable salaries. Additionally, he commented about their ability to make money from apparel contracts, basketball camps, and radio/TV shows. In essence he quoted that same package Lee Rose received but for the apparel deal.

Jalen lamented how college coaches could make so much money but college players couldn’t. As support, he spoke about the Final Four appearances that Michigan had to vacate because of money and gifts given to Wolverine teammate Chris Webber during the early 1990s. Without admitting to any gifts of his own, he inferred that C-Webb may not have been unique.

Over the years, I have wavered about the idea of paying college athletes. However, J-Ro may have permanently tilted the scales for me. Specifically, I think college players need to get PAID.

So, what has changed in the last 30 years since Coach Rose got his deal? Of note, the compensation for coaches has increased by 100-fold while the “compensation” for players has increased by 6-fold. To repeat, the coaches get 100 times more money now than they did then. In contrast, players supposedly get something worth six times more now than then.

Today, top-tier college coaches earn in excess of $4 million per year. Lured by the NBA for quite a while, Duke’s Mike Krzyzewski earns the most at almost $10 million/year. On the other hand, scholarship players receive something valued at approximately $37,500 per year now. That total, which includes tuition, room & board, and “extras” such as midnight snacks, compares to $6,250 back then. Even though it makes sense to offer some cash consideration to players, the NCAA will hold out as long as possible. Specifically, the college monopoly continued to depict its players as student-athletes instead of unpaid revenue generators for member schools.

Historically, I rejected the idea about paying college athletes because it went against the whole premise of amateur sports. However, there have been two major changes in that regard. First, the bastion of amateur athletics (i.e. the Olympics) now includes professional athletes. Second, the get-your-head-out-of-the-sand reality is that many college athletes get paid under the table already. Perhaps its time to even the playing field by making the payments over the table instead.

Until recently, I rejected the idea of paying college players because it seems like a complicated problem. In particular, how would the NCAA deal with the following issues.

Still, how hard can it be?

With funds exceeding $13 billion, thousands of very smart people tried to solve the legitimately complicated problem of finding the Higgs boson. By discovering the Higgs in 2012, these people helped validate a theory proposed by a handful of even smarter people as to how certain fundamental particles gain mass and why anything exists at all. Ergo, its popular nickname of the “God Particle.”

Currently, television contracts for college sports total $16.4 billion ($10.8 billion for the NCAA Tournament and $5.6 billion for the BCS). As such, the NCAA has more than enough resources to figure out the much simpler problem of how to compensate players more fairly. Sorry, I forgot that having the resources to do something and the desire to do it are two entirely different things.

Previously, I embedded most of this information in a separate post identifying former Purdue standouts Keith Edmonson and Russell Cross as potential Top 10 Busts. Given the extent of this digression, I thought the topic deserved its own post. In particular, the accomplishments of Coach Rose deserve recognition, as does the need to treat college athletes better. With a new attitude (thanks Jalen), I revisited the topic of compensating college athletes when writing a post highlighting #4 Bust Ed O’Bannon.

Of note, O’Bannon is involved in a lawsuit against the NCAA for the use of his likeness to sell merchandise and video games. 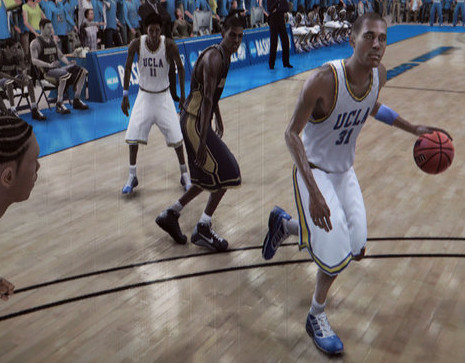 O’Bannon originally won his case, but the Ninth Circuit Court of Appeals subsequently struck down an injunction that compelled schools to pay athletes up to $5,000 for the use of their likeness. At the same time, the Court ruled that NCAA amateurism violated antitrust laws. The case likely won’t come to a resolution anytime soon, but the idea that college athletes don’t deserve to get paid something more than educational expenses has become passé. If coaches have the opportunity to get what they deserve, players should too.