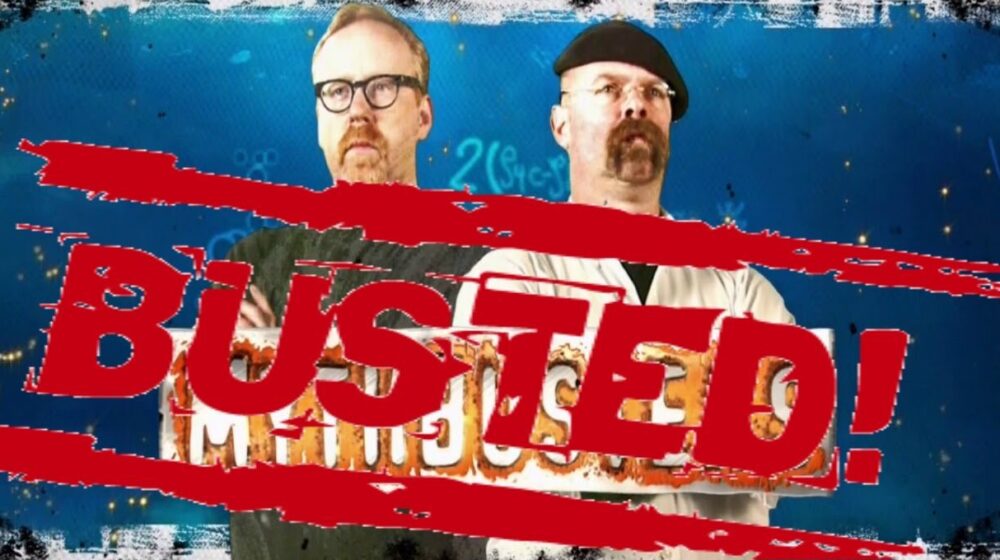 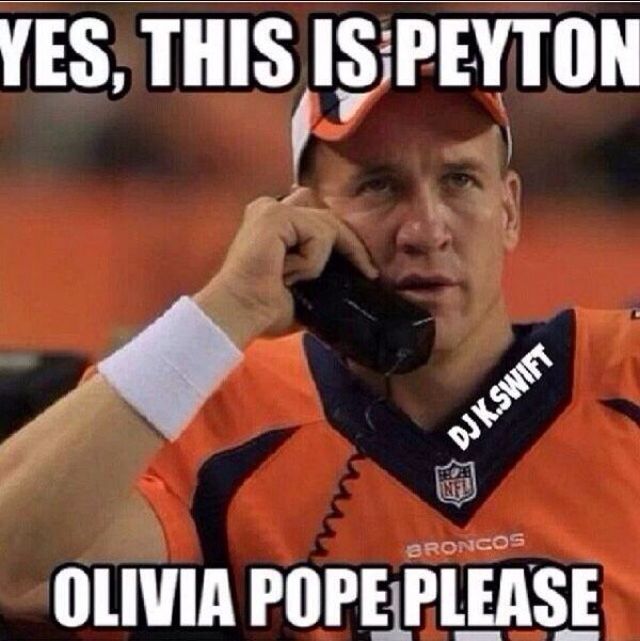 Synopsis: In my lifetime, the most revered athlete to experience a fall from grace may be either Lance Armstrong or Tiger Woods. After seeing the downfall of the greatest cyclist and golfer of this generation (and perhaps ever), I wondered if any sports hero could survive heightened public scrutiny. Of note, I thought Derek Jeter and Peyton Manning might be the only superstars beyond reproach. Jeter rode off into the sunset with his reputation intact. On the other hand, Manning may not be as fortunate. In particular, the five-time NFL MVP allegedly used HGH when recovering from neck surgery several years ago. At the same time, we can’t overlook the “mooning” incident. Whether true or not, these accusations may lead to his removal from the already-small list of “squeaky-clean” superstar athletes.

While in business school from 1997-1998, I took a class called Risky Decisions. One of the major themes involved the seemingly conflicting role of analysis and intuition. Despite my preference for analysis, I learned that people intuitively can make good decisions. In order to test that thesis, my group chose to evaluate Peyton Manning. Specifically,we evaluated his decision to stay in school for his senior year. As it turns out, the future all-time NFL great’s intuition matched my analysis. In particular, no one can argue with his “risky decision.”

I vaguely remember reading an article about a “mooning” incident involving Manning and a female trainer at the time. Like others, I considered it an immature prank gone awry and not worthy of further consideration. Furthermore, the former University of Tennessee trainer made 32 other sexual harassment claims against other athletes, trainers, coaches and administrators at the school. In retrospect, it may have been a bigger deal than I thought.

Five or six years ago, I had a conversation about professional athletes with presumably pristine reputations on and off the field. Afterwards, I researched two superstars whom I believed were beyond reproach: Derek Jeter and Peyton Manning. With respect to the Yankees’ future Hall-of-Fame shortstop, I uncovered numerous articles about his relationships with an assortment of A-List celebrities.

Unlike most other athletes, Jeter did an incredible job keeping his private life private. Somehow, he survived the media’s scrutiny despite being New York City’s biggest sports star for almost 20 years. Given Jeter’s bachelor status, any blemish to his reputation likely stemmed from jealousy versus a legitimate controversy. To his credit, he avoided sexual scandals. Even rumors of gift baskets for overnight guests didn’t stick. Furthermore, he avoided any accusations (or whispers) of PED use.

PEYTON MANNING – NOT QUITE “SQUEAKY CLEAN”

Whereas Jeter truly had a squeaky-clean reputation, Manning had a blemish due to a “mooning” incident in college. I knew about the accusation as far back as 1998, but didn’t appreciate its full extent for another ten years. For whatever reason, it took me that long to find and read an article describing the event in more detail.

Specifically, the trainer filed a defamation lawsuit in 2002 after Manning challenged her character. She argued that Manning pulled his pants down and sat on her face. In other words, he allegedly did a lot more than “moon” someone. According to a 2003 USAToday article, the trainer claimed the following.

It was the gluteus maximus, the rectum, the testicles and the area in between the testicles. And all that was on my face when I pushed him up. … To get leverage, I took my head out to push him up and off.

Bro, you have tons of class, but you have shown no mercy or grace to this lady who was on her knees seeing if you had a stress fracture.

She was minding her own business when your book came out. Peyton, the way I see it, at this point, you are going to take a hit either way, if you settle out of court or if it goes to court. You might as well maintain some dignity and admit to what happened. … Your celebrity doesn’t mean you can treat folks that way. … Do the right thing here.

After reading the article, I remember asking myself why it took almost seven years to know the other side of the story. I wondered if I had heard it on ESPN but chose to forget that it happened. Then, I thought that I must have missed an episode of The Best Damn Sports Show Period exposing the incident. Perhaps Tom Arnold blurted out something like, “Hey Peyton, what’s your favorite brand of tea?” during a segment of “Things You Would Never Say To.” Lest you think I’m being insensitive, that’s exactly something Arnold might have said.

Realistically, the story didn’t cause public outrage because Kobe Bryant faced a rape charge at the same exact time. I don’t mean to imply that Manning’s alleged assault wouldn’t have been traumatic to the victim. However, it didn’t create the same media firestorm. Given that the media overlooked it, I did too.

Based on Manning’s spotless reputation since then, I gave him the benefit of the doubt when hearing that Al Jazeera America implicated him in a PED scandal. Specifically, I resorted to Twitter and tweeted,

Did Manning use HGH? 1) AL JAZEERA is the source. 2) The “witness” recanted. 3) The reporter never claimed it. #ThisAintNoDeflategate

PEYTON MANNING – SAY IT AIN’T SO

Since the story broke, we learned that Manning’s attorney sent two  private investigators to visit the home of the primary witness. Specifically, they visited the Guyer Institute employee who told Al Jazeera that Manning received a shipment of HGH while recovering from neck surgery. Presumably, the drug company addressed the package to Manning’s wife. However, the employee claimed that the Colts’ quarterback intended to use the product himself.
We may never know why the witness recanted his story. The NFL has taken the accusation seriously and has begun its own investigation. I don’t think the investigation will uncover anything scandalous. However, I look forward to what might be revealed years from now. Similarly, I look forward to future revelations from the Patriots’ equipment manager.

As an aside, I also questioned Al Jazeera as a reputable source for the story. To start, I question any medium owned by a government, much less the Qatari government. Al Jazeera America announced in mid-January 2016 that it would cease operations in April 2016. Might a financially troubled cable TV station overlook reporting standards in a last-ditch effort to survive? Click on this link to hear the answer.

Like many sports fans, I hoped that the Denver Broncos would beat the Carolina Panthers in Super Bowl 50. Of note, I wanted Peyton Manning to emulate John Elway and ride off into the sunset as a two-time winner of the Super Bowl. Despite a lackluster performance by Manning, Denver’s defense dominated the game such that the storybook ending could be written. Unfortunately, many other sports fans didn’t want the same ending. Leading the charge against the NFL’s greatest regular-season quarterback appear to be Cam Newton and Tom Brady fans.

AN AXE TO GRIND?

After Manning’s Super Bowl victory, the 20-year-old “mooning” incident resurfaced in a Daily News article written by Shaun King. Initially, I wondered what axe the former NFL quarterback had to grind. Upon reading the article, I realized that a completely different Shaun King wrote it. Unlike the retired QB, the Daily News employee is a Black Lives Matters activist who joined the newspaper as its “senior justice writer” in October 2015.

Apparently, King didn’t appreciate the media’s overly critical reaction to Cam Newton’s surly attitude during a post-Super Bowl press conference. As a crusader for justice, he wanted his readers to know that Manning deserved some negative publicity as well. Well, he succeeded.

Since the Daily News published the article almost two weeks ago, King has gotten into a Twitter feud with Fox Sports’ Jason Whitlock. In particular, Whitlock accused King of “race-baiting.” In response, King disparaged Whitlock by calling him a “tom ass bastard” and someone who “will coon for cash.”

If possible, the exchange got even worse with Whitlock challenging King’s ethnicity and King calling Whitlock a “Motherf##ker.” To the extent King wanted to use the article as a platform to build a name for himself, he succeeded. To the extent he wanted to reveal a not-so-subtle agenda by attacking a respected reporter, he succeeded as well.

As King showed, celebrities can be leveraged to gain personal notoriety. Perhaps learning the lesson, six former female students recently filed a Title IX lawsuit against the University of Tennessee claiming that the school created a “hostile sexual environment.” Even though none of the students have firsthand knowledge of the incident involving Manning, the lawsuit references it for some reason.

Do you think that their attorneys hope that the additional publicity will increase the school’s desire to settle? Don’t worry, that question is rhetorical. While the six former students may have legitimate grievances, the inclusion of Manning should make everyone pause as to their real motives and/or the viability of their claims.

Based on assorted Twitter feeds and blogs that I have read since Super Bowl 50, a lot of the anti-Manning venom seems to be spewing from Tom Brady fans. In large part, they’re still fuming because the league dragged their guy through the mud last year because of Deflategate. Despite a court rejecting the NFL’s unprecedented punishment, Brady still may be punished depending on the outcome of the NFL’s appeal. Presumably, Brady fans want Manning fans to feel the same pain.

[As an update, the NFL won its appeal so Brady sat for the first four games of the 2016-17 season. If the Patriots’ QB wins another title, he certainly will cement his place at the NFL’s G.O.A.T. Fortunately, he doesn’t play baseball because MLB writers have a very long memory regarding cheaters. Regardless of any blemish caused by his involvement in Deflategate, Brady will enter the Hall of Fame in his first year of eligibility.

Interestingly, Brady will face the Pittsburgh Steelers in the AFC Championship this weekend. Regardless of the outcome, I don’t think Aaron Rodgers can be stopped. If Rodgers (or Roethlisberger for that matter) wins out, the spirit of Gutzon Borglum may have to hold off on updating the NFL’s Mount Rushmore for a few more years. The only fly in the ointment would by a win by likely-MVP Matt Ryan. Somehow, I just don’t see that happening.]

When searching for a featured image for this post, I thought about using the following meme.

I don’t know who deserves credit for the meme, but I found it attached to an article highlighting the seriousness of the HGH charges against Manning. I thought the author might be offering some unbiased insight until I got to the end and read, “Suck it Goodell, and go Pats.”

I have learned not to put too much faith in any athlete, but Manning still deserves the benefit of the doubt. Any lapse in judgment he may have displayed twenty years ago doesn’t change my opinion of him. Of note, the accuser settled the case to her satisfaction. As such, who am I (or who is Shaun King) to claim that justice wasn’t served. Depending on the outcome of the NFL’s investigation, however, I may have to change the featured image and remove the question mark from the title of this post.

[As another update to this original post, the NFL cleared Peyton Manning of any wrongdoing related to his potential HGH use. In particular, the league highlighted the five-time MVP’s complete cooperation in its investigation. Specifically, I imagine he didn’t claim that he routinely smashes cell phones with potentially relevant information. Based on Manning’s continued presence in commercials, I imagine his Q score didn’t suffer from the investigation.]

One thought on “Top 10 Busted: Peyton Manning on HGH?”